Progress, But Not Equal Pay 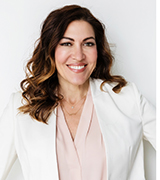 The Hispanic community has made significant economic progress in the U.S. over the past 10 years with growing buying power, increasing acquisition of wealth, and rising labor force participation rates. When it comes to equal wages in the U.S., Latinas are paid far less on average than their White male colleagues.

In fact, of all the equal pay day observances of the year, #LatinaEqualPayDay is the last one, denoting just how far into the year the average Latina must work to earn what her male counterpart earns in the previous year regardless of experience or job type.

Nielsen’s data shows that the Latina population has continued to transform even though their wages have not. Compared with the earnings of White men, the National Women’s Law Center estimates the wage gap for Latinas has only narrowed by about 4 cents in the last 40 years. Making just 54 cents for each dollar paid to white men, Latinas would have to work an estimated 23 months to make what White men earn in one year. Latina Equal Pay Day (Oct. 29, 2020) is a day in observance of the time it takes Latina pay to catch up to that of their White, non-Hispanic male counterparts from the prior year.

In addition, to pay inequality, the COVID-19 pandemic has exacted a heavy toll on working women, especially Latinas. Since 2010, the Latina labor force participation rate has hovered around or above 60% (62% as of February 2020). As a result of the disproportionate economic and social impacts of COVID-19, Latina labor force participation has dropped to 57% as of September 2020, a rate not seen at all in this decade.

The Hispanic population and voting power have steadily increased, with significant positive movement in education, employment, and buying power. But wages for Latinas have all but stagnated. In the home, Hispanic households are 40% more likely to be multigenerational. But even with more people and potential income contributors in a Latina’s household, overall earnings are still lower than the average U.S. household. For example, 55% of Hispanic households’ have an income of $50,000 or more, where for total U.S. households that number is 59%. Closing the wage gap for Latinas also means reducing the earnings lag for their households.

Still, Latinas have taken that extra 4 cents and used it to help propel overall Hispanic Buying Power to $1.7 trillion today—an 11% increase just in the last decade. By 2024, that buying power is expected to grow even more to $2.4 trillion. Equal pay for Latinas not only strengthens the Hispanic community, it bolsters the total U.S. economy as well.

For more information on the Hispanic population visit Nielsen.com/Latino and Nielsen Election Hub.

Special thanks to Charlene Polite Corley for her contributions to this article.