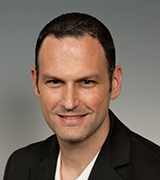 Video-on-demand (VOD) has been around for well over a decade. Slow to initially gain traction during the rise of DVRs, VOD has now come into its own as a major medium for viewers to watch content whenever they want—to binge, catch up or sample shows after the original air date—as audience dynamics have shifted to bring greater control to the consumer. In fact, in the past year alone, subscription VOD ownership has risen in U.S. households over 10%, whereas DVR ownership growth no longer cracks double-digit numbers.*

VOD represents a significant opportunity for advertisers and agencies to find more high-value ad inventory within their cross-media plans. VOD programming is made available to consumers via two primary methods: with TV ratings-eligible commercials and without. The first of these is an exact re-airing of the original broadcast, with the same commercials and the same commercial breaks. Typically, this method is used within seven days of the first airing (i.e., during the “C7” window), and ads can’t be skipped as fast forwarding is disabled. The alternative method is for the program to be made available with different, limited or no commercials, typically beyond the C7 window.

Programmers have been experimenting with these models in an effort to optimize their ad revenue. On one end of the spectrum is an ad-free experience, which encourages program sampling, and on the other is a full commercial load that drives revenue. Our latest measurements show that linear program content may receive as much as a 31% lift via VOD from days 4-25, often from a younger and more upscale audience, which represents a significant opportunity to capture new ad revenue.

Beyond that, today’s technology allows for ads to be inserted at the last minute, to be tailored to the habits and interests of the individual viewer—a potential win-win for both viewers and media companies. Consumers can be shown ads curated to their own experiences and habits, allowing media companies to avoid wasting ad buys on less-than-engaged eyeballs. Understanding this VOD audience, show by show and distributor by distributor, is an opportunity for media companies to align their VOD content to the brands and ads that different viewers actually care about.

Nielsen recently added syndicated VOD Content Ratings from nine participating network brands into Nielsen Media Impact, our cross-media planning system used by many of the large U.S. media agencies. VOD Content Ratings captures the audience watching content on the TV VOD platform using the same methodologies and standards used for the National TV ratings. With this data now in Nielsen Media Impact, VOD inventory from networks, such as Turner and Discovery, can now be part of the consideration set when agencies are creating a cross-media plan in Nielsen Media Impact.

From the agency perspective, when planners use Nielsen Media Impact to find audiences in their target demographics, particularly those that are younger or more affluent, they can now find those audiences within the VOD space.

As some of our clients have already mentioned, this presents a new opportunity for drive ad revenue by reaching previously untapped audiences.